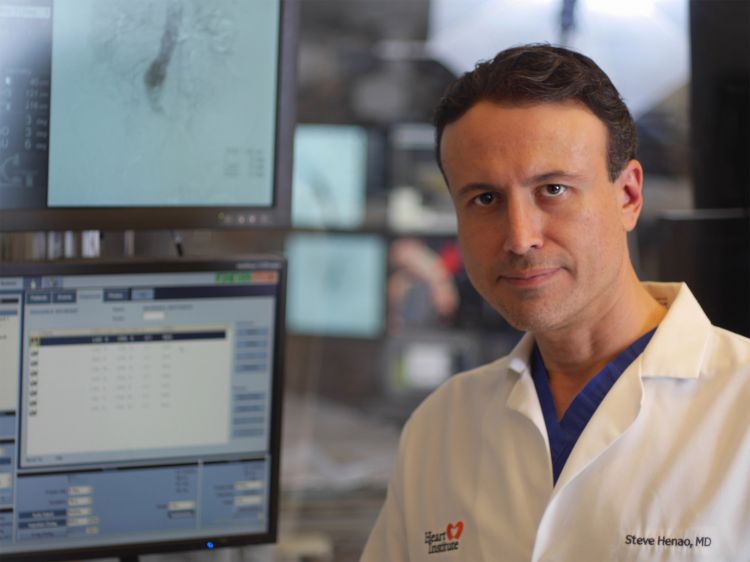 Albuquerque, New Mexico rarely gets to claim a “world’s first” in anything, but Dr. Steve Henao, chief of vascular surgery at the New Mexico Heart Institute (NMHI), made big news when he became the first vascular surgeon in the world to use a new abdominal stent graft system at Heart Hospital of New Mexico at Lovelace Medical Center.
This new technology, developed by California Company TriVascular Technologies, was only recently approved by the FDA to treat aortic aneurysms. An aortic aneurysm is a bulge in a section of the aorta, which is the body’s main artery. If an aortic aneurysm is not repaired, it can burst, which can cause massive internal bleeding and even death.
TriVascular’s endovascular stent graft repair system, debuted by Dr. Henao, is designed to help prevent the aneurysm from bursting.
TriVascular chose Albuquerque to be ground zero for the technology’s first use based on Dr. Henao’s excellent reputation as a world-class vascular surgeon. NMHI expects 60-80 new patients a year to come to Albuquerque for this life-saving surgery from around the state, as well as from Texas, Colorado and even Mexico.
Heart Hospital of New Mexico at Lovelace Medical Center has been part of a few other firsts recently, including the first x-ray free ablation in New Mexico, and the first hospital in the state to receive the Mission: Lifeline Gold-Plus Receiving Quality Achievement Award, and the only accredited Chest Pain Center in Albuquerque, as recognized through the Society of Cardiovascular Patient Care.