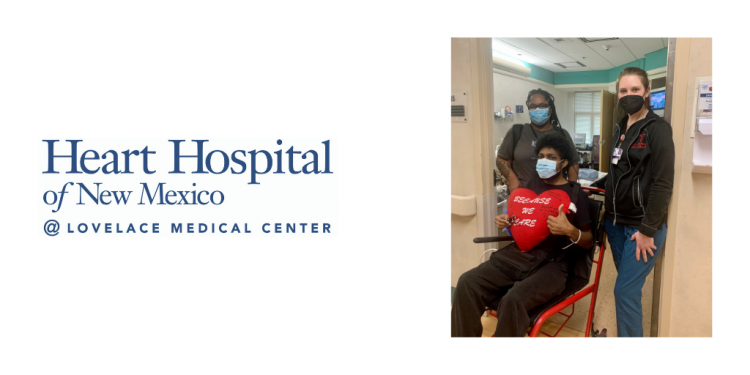 Alexander C. grew up watching his father and brother battle debilitating stomach issues. While he knew it was a problem, he figured it was normal and manageable based on their experiences. Throughout his adolescence, he’d deal with bouts of stomach pain, nausea and vomiting, and occasionally it would become so severe he’d go to the hospital. At every hospital visit, he was told it was probably just gastritis and was sent home with some nausea medicine and instructions to drink plenty of clear fluids. This continued to go on until 2019 when stomach issues, vomiting, insomnia, difficulty breathing and chest pain landed Alexander in the hospital once again.

“I was experiencing a lot of my usual symptoms, so I didn’t think much of it,” Alexander said. “But I knew I was in pain and needed to be treated at the hospital. And for whatever reason, that night they did an x-ray and CT scan and when the results came back, they told me my heart was enlarged.”

Prompted by this discovery, the team at the hospital ordered an echocardiogram (echo) in hopes of diagnosing Alexander’s condition.

“When they brought up heart failure, everything inside of me just dropped,” Alexander said. “I was in shock. I was 26 years old at the time, I didn’t even know what that meant, or what that meant for me. At the time, I was living in Albuquerque and I had family in Dallas, North Carolina and New Orleans, I had my kids and I was engaged at the time. I just remember thinking, ‘No, I can’t. Nothing about this is ideal.’”

Alexander was admitted to the hospital and many tests and exams were done to try and figure out his heart condition.

“I was in the hospital for about 10 more days while they basically researched my condition,” Alexander said. “They were sending things to the Mayo Clinic, doing this test and that test, but they couldn’t figure out what was wrong with me and I was discharged.”

Alexander was given medicine for congestive heart failure, but because they weren’t sure the source of the illness, it was essentially a shot in the dark. For the next 18 months, Alexander continued living his life without a diagnosis or path forward. Until September 2020, when he found himself back in the hospital. During this stay, he was transferred to Heart Hospital of New Mexico @ Lovelace Medical Center (HHNM) where he first heard about the LVAD procedure.

It was determined by Dr. Zaeem and Dr. Booth  of the HHNM team, that the LVAD procedure would be necessary for Alexander. Due to his deteriorating condition, the surgery was promptly scheduled for January 27, 2021.

“In 2020, when I was transferred to HHNM, is when I initially heard of the LVAD,” Alexander said. “After living with this for about a year and a half, having no idea this sort of option was on the horizon, it was quite a shock to hear about it in September and then have the surgery scheduled for January. I didn’t have much prep time at all.”

The implementation of the LVAD went well and Alexander made a quick recovery, staying in the hospital for a fraction of the average time patients with the same procedure do.

“I’m a former athlete and I played basketball competitively until I was 17, the only thing that stopped me was a blown ACL, but I think anyone in their twenties with an athletic background that is used to pushing their body to the limit would have the same response to the surgery. My mindset was, ‘OK, let’s get up out of bed, let’s get to walking.’ I didn’t want to lay down all day, that’s boring and it hurt. I wanted to get up and move because I knew getting up and moving around was the way I’d recover. To me, it was simple, like one plus two equals three.”

His positive mindset of dealing with the rehabilitation and putting in the work to recover as quickly as possible certainly paid off.

“It all happened so quickly, but somehow we were able to pull it off,” Alexander said. “Since the surgery, I can’t say I feel that I’m at my physical peak because that’s unfair, but I definitely feel better than I did a year ago. Last summer I was just a shell of myself. I feel better in that aspect, I can do more without being so exhausted.”

When asked his advice to others in the same situation, Alexander was very adamant:

“I want people to not believe in the doom and gloom,” Alexander said. “I don’t want people to be scared of the procedure, because I know I was at first. That fear almost made me say no, but this surgery has truly changed my life. Most importantly, I’d say to really get to know your caseworker and your advocate. My advocate, Lily Jackman, is just the best. She’s helped me through every stage of this process. Share everything with them including your fears and your excitements, because they’re going to be the ones that can smooth out the experience the most. The surgeons have their job to do, and that’s to perform the surgery. Your doctors have their job, and that’s to make sure everything went right, but your advocate is the one that’s there solely for you and that’s the most important piece of the puzzle. Get to know your advocate in and out and let them get to know you. Do your due diligence and don’t let the feeling of ‘impending doom’ creep in on you.”

For more information about LVAD implants at Heart Hospital of NM, please call 505.841.1000 or visit hearthospitalnm.com.