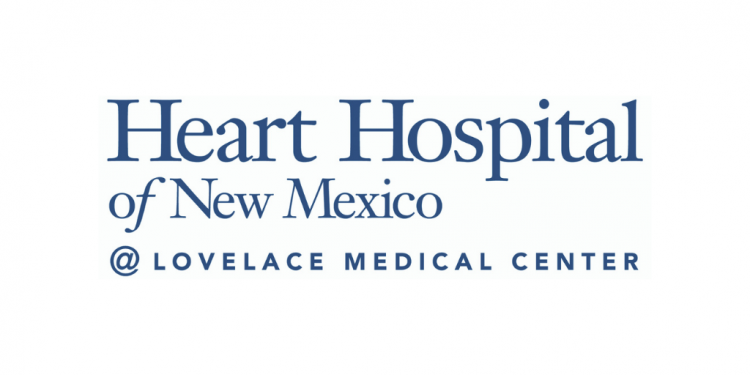 In 2017, Jim B. came home from work one evening and complained to his wife that he was feeling awful. Even without feeling common heart attack symptoms such as chest pain or tingling in his arms, for some reason, Jim believed he was experiencing a heart attack. He rushed to a hospital in downtown Albuquerque where his theory was confirmed, and doctors explained he would need to have two stents inserted.

Before his heart attack, Jim had no other heart issues or any reason to believe he should be concerned about his heart. He exercised moderately, ate what he described as an “okay” diet and got his annual physical like clockwork. During his physicals, his providers would check his heart on the monitors and had never seen anything concerning.

The experience came as a shock to Jim, who became very invested in his follow-up care. When his insurance changed following his heart attack, he decided to seek care at the Heart Hospital of New Mexico at Lovelace Medical Center and was referred to Dr. Adjei-Poku.

A few years after his heart attack, in the summer of 2020, Jim started experiencing shortness of breath that was getting progressively worse.

“I couldn’t walk up 10 steps without sitting down,” said Jim. “I called to set up an appointment to see my cardiologist at the Heart Hospital of New Mexico. After explaining my recent symptoms, he immediately put me on a heart monitor for two weeks.”

When the results came back, Dr. Adjei-Poku explained to Jim that he was a candidate for cardiac ablation, a procedure where detrimental tissue is removed from the heart to restore its functionality.

Jim found hope in the news and responded, “If it helps me breathe better, then yes, let’s do it!”

Before the procedure, Dr. Adjei-Poku walked Jim through the entire process and left him feeling confident and informed.

The surgery went well and Jim was out of the hospital in one day.

“The staff at New Mexico Heart Institute and the Heart Hospital of New Mexico are extremely nice,” said Jim. “I was followed-up with frequently from multiple members of the team.”

During his recovery, he did experience a hematoma. Once the nurses identified the hematoma, they called Dr. Adjei-Poku, who arrived in Jim’s room in less than five minutes.

“When the nurses asked Dr. Adjei-Poku how he’d like to handle the care of the hematoma, he calmly responded by saying he would take care of it himself,” said Jim.

Three weeks after his surgery, Jim started feeling more like himself. He was able to walk up a flight of stairs without getting winded, could make his bed without taking a break and even started going for walks again.

Jim was recently back at the hospital for a follow-up echocardiogram (ECHO), which revealed the premature ventricular contractions (PVC) were completely gone.

“I told Dr. Adjei-Poku if it weren’t for COVID-19, I would give him a big hug because I can finally walk without panting,” said Jim. “Before the surgery, I was concerned I would have to be put on oxygen, but it’s a total difference after this procedure.”

Jim continues to focus on his heart health by eating a balanced diet and staying active. He and his wife make a point to eat spinach salads for lunch every day and exercise when they can.

“I encourage everyone to get an annual physical and make the doctors check your heart, along with requesting cancer screenings,” said Jim. “Preventative exams are key, along with a healthy diet and active lifestyle. Being active does not mean you need to go out and run 10 miles a day or use fancy sports equipment, walk outside or purchase a used, basic treadmill. Do anything to get your heart pumping!”

Jim’s story reminds us how important it is to get regular check-ups and act immediately if you think you may be experiencing symptoms of a heart attack.